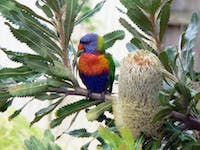 I am Dr Ken Gillman, a retired psychiatrist, now back to being an (unpaid) science researcher and ‘clinical neuro-pharmacologist’.  I have been involved in pharmacology research from the beginning of my career.  Since I ceased consulting with patients in 2006, I have devoted my time to publishing more scientific papers and to providing free information, analysis, and advice about pharmacology and drugs via this website.

Welcome to ‘PsychoTropical’ which has been my website for 25 years.

I am Dr Ken Gillman, a retired psychiatrist and clinical neuro-pharmacologist who does research and has published many scientific review papers in the field of neuro-pharmacology — see ‘Publications’.  I am an internationally acknowledged authority on Serotonin Toxicity (ST), aka Serotonin Syndrome (SS), and an internationally acknowledged expert on MAOIs, and drug adverse reactions and interactions, especially those relating to MAOIs, TCAs, SSRIs and SNRIs.

The information on the website is freely accessible and independent of any kind of advertising, subsidy, or promotion.  I offer free information and advice (usually via Skype) in these areas of my expertise, to individuals, both doctors and patients, particularly about the use of MAOI drugs.

The primary goal for the website, and the research analysis that I do, in whatever retirement years may remain for me, is to improve knowledge about MAOIs, and drug interactions like ST, among doctors, researchers, and people who wish to use them for treatment — especially because MAOIs are safer and more effective than most doctors realize.

I live in tropical north Queensland, Australia: hence the web site name ‘PsychoTropical‘ (psychotropic: a drug that effects the brain).

Everyone reading this can help to promote those goals by spreading the word via whatever Apps you use, and we have further integrated more of those Apps into the website, so they are just a click away.

Those who are financially comfortable may also consider a monetary donation, to recognize the value of Dr Gillman’s information and expert analysis, and to help with the various significant costs associated with running the website and associated activities.

Because of my disability (which forced my early retirement from clinical work with patients), explaining things through Skype (or similar VoIP platform) is both better and easier for me.  Such consultations are in no way conditional on having donated.

Patients who demand MAOI treatment from doctors will be the most influential factor encouraging doctors to learn about them and prescribe them — and suggest your specialist joins the [MAOI group].

My website covers the effectiveness, and side effects, of drugs that act on the brain (neuro-pharmacology), especially anti-depressants, and also the interactions between these drugs.  The quintessential interaction being Serotonin Toxicity (ST), about which I am an internationally acknowledged authority.  I am also an expert on the underused anti-depressants drugs called MAOIs.  That requires me to be expert in all sorts of drug adverse reactions and interactions involving most drugs that affect the nervous system, but especially: MAOIs, TCAs, SSRIs and SNRIs.

The content is all written by me: I have published many scientific review papers about neuro-pharmacology in prestigious journals.  Details are in PubMed, the ‘Publications’ menu, and my ‘Google Scholar’ profile which is public — my publication metrics exceed those of most professors.

Many of the commentaries on my website are relatively long; I attempt to write them in a way which an educated but non-scientific person can understand.  Many have undergone revision from versions first posted years ago, although the dates of revision have become a little muddled.  Therefore, apparent anomalies in the text may reflect the process of recension.

This web site provides free information and expert critical analysis on many aspects of neuro-pharmacology.  That involves explaining that drugs do not necessarily do what pharmaceutical companies think, or claim, they do.  Inevitably, therefore, I discuss the influences that distort and degrade the accuracy and standard of much of the science that we all read (see menu ‘Bias in science’).

Anyone with questions and comments may contact me.  I am often available on Skype and happy to speak with people — remember that Skype can be used just as an instant text platform where I can respond by talking rather than typing (which is much easier for me because of my disability), you do not need to turn on your microphone or camera, or even have one.

The motivation to maintain this website is to help both doctors and patients, their families and friends, navigate the mass of mis-information they are confronted with: that necessitates experience and critical analysis.  One prominent theme is the underuse of what are certainly the most effective of all anti-depressants for those with severe depression, the old MAOIs, and the extensive mis-information and mis-understanding relating thereto.  My recent editorial about this in Professor Stahl’s journal, titled ‘Much ado about nothing’ [1], was published early 2017, and my review about MAOIs and tyramine in 2018 in the J of Neural Transmission in Nov 2018 [2].  I convened the international group of experts in MAOIs and the expert group’s ‘position statement’ was published in late 2019 [3].

Unfortunately, mainstream medicine is as prone to distorted information and wishful thinking as is alternative health care.  Misinformation is promulgated by powerful wealthy interest groups, especially the pharmaceutical companies, and others, including medical practitioners themselves (status, self-importance, money).  See my critical commentaries collected under ‘Bias in science’.

I now think that the medical publication scene and the internet are such that my efforts are more productively directed to putting quality information on my web site, rather than getting more papers published in scientific journals (which few read).

One significant major downside of capitalism is that it favours a plutocratic hegemony*: that is not good for science generally, nor is it good for patients, because it produces a strong distorting bias pushing doctors in the direction of using newer well-advertised expensive treatments, rather than the best treatments.

*If you think I used too many big words, just remember all you have to do is use Google or right click on them to find an explanation or definition.

Well informed consumers are needed to drive change effectively and quickly, because direct attempts to re-educate doctors have not succeeded well, largely because pharmaceutical companies have a stranglehold on post-graduate medical education (the plutocratic hegemony).

Writing scientific papers is time consuming, especially for me when keyboard work is limited due to my bad neck.  I am not a professor, although people justifiably assume that anyone who has published as many papers as I have must be a professor — that is a logical assumption since the ‘average’ professor has ~1,000 citations and an ‘H-index’ of 14 (mine is >4,000 and 28) and I have published more original single-author review papers that most professors.  If my alma mater still conferred the prestigious honorary degree of D.Sc. (Doctor of Science) I have been informed by a several eminent professors that I would be ‘in the running’.

My papers include recent reviews covering the interesting story of my discoveries about methylene blue [4, 5], which we have shown to be a monoamine oxidase inhibitor, as well as my review of the pharmacology of monoamine oxidase inhibitors (MAOIs), much overdue since this is a neglected area [1, 2]; and my review of neuroleptic malignant syndrome (NMS) [6].  My review paper about tricyclic antidepressants, in the British Journal of Pharmacology, has been influential and is the most cited paper in this field over the last thirty years [7] — it has >600 citations, and still steadily rising.